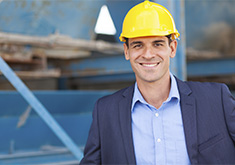 Developers and real estate brokers working in Hayward and property owners looking to invest in or sell property should use the General Plan to gain an understanding of challenges and opportunities related to land use and economic development within the city. Ultimately, the City’s other regulatory documents and processes, such as specific plans, area plans, form-based codes, the Zoning Ordinance, and design guidelines are required to be consistent with the General Plan.

How does the General Plan change what I can do to my property?

How does the General Plan relate to zoning?

I would like to build new housing in the future. Will there be land available?

What incentives does the city provide for building lower-income housing?

The Housing Element contains policies and implementation programs that describe the incentives the City provides for building lower-income housing. The City’s Density Bonus Ordinance allows developers to build at higher densities if the project includes a certain amount of affordable housing. The City will also encourage affordable housing on large sites by giving priority to processing subdivision maps that include affordable housing, expedite the review for the subdivision of larger sites into buildable lots, modify development requirements on a case-by-case basis, and provide financial assistance when available.

Which areas are designated to allow for future growth?

Most of the residential neighborhoods in Hayward will not see significant new growth; those neighborhoods will be preserved and enhanced. New growth will be directed to areas that will decrease dependency on the automobile and allow more people to walk, bike, or take transit. This strategy is a regional priority. The Bay Area’s Regional Transportation Plan and Sustainable Communities Strategy directs housing and employment growth toward Priority Development Areas located throughout the region. Hayward has five Priority Development Areas:

Each of these areas has an adopted specific plan that details the type and location of allowed development.

Will the City have water to allow for new growth?

The City of Hayward is required by State law to prepare an Urban Water Management Plan (UWMP) every five years. The City Council adopted the most recent UWMP in 2011. The primary purpose of the UWMP is to support long‐term water resource planning and determine the availability of water supplies to meet current and future demand. The City purchases its water from its wholesale water supplier, the San Francisco Public Utilities Commission (SFPUC). According to the most recent UWMP, the SFPUC has enough water to supply its wholesale customers in typical years, but may need to rely on rationing or finding supplemental supply in dry years.